Bitcoin can fix the payment infrastructure 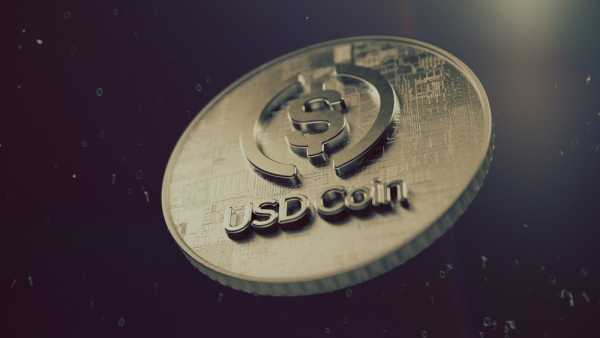 I am not a big fan of governments, and I am really not a fan of bloated bureaucracies. I hold the controversial opinion that HR departments and administrator roles are negative points for any organization: it is rare to find an administrator who knows what they are doing or a HR person that adds value to their organization.

Half or more of all new hires fail – which I would be horribly ashamed of if I was an interviewer or in a recruiting role. Your ability to spot talent and match your team’s needs with the interview pool is little better than a draw. (Some well documented reasons: intuitions are not correct, a person’s ability to do the job does not correlate with his ability to fool an interviewer or to appear impressive under artificial interview conditions, the ability of an interviewer obsessed with HR to discern the capacity for work is almost non-existent).

Bureaucratic obstacles to the exchange of value

I recently tried to get paid by a client in the UK, through his university affiliation – these scholarly and forward thinking institutions. It turned out to be quite complicated. In addition to my primary client, I had seven separate directors involved at one point or another, plus two more approvals for the release of funds. The process took four months, with many forms, documents and emails lost along the way. Whoops.

In the end, they still – wrongly – withheld a fifth for taxes and social security contributions, which I had to spend a few more hours figuring out how to claim through my own tax and UK authorities. Hassle, nonsense and unnecessary transaction costs all around.

One thing that made the operation more difficult was that I did not easily fit into the established boxes that incumbent organizations have been using for decades. There used to be domestic workers, for whom employers pay social security contributions, pension contributions and levy income taxes. Easy. I was not an employee; I was a citizen of a foreign country, resident in another and frequently nomadic by a third or a fourth; and it was not at all clear what social fees or other bribes the university had to pay the government for the privilege of rewarding me for the value I had created for one of its employees.

What puzzles me is not that the university administration is bloated, captured, incompetent and lagging behind – this is well established – but that a large research university is so ill-equipped to work with atypical pay. .

You probably think that self-employment is quite common these days that you are used to it. The old rules – their internal rules or those imposed by equally incompetent governments – that are based on people’s ‘domicile’ or ‘nationality’ are utterly outdated in a world where the places where we are born, live, eat, work and work. let’s play are different. I understand that an individual employer may be stuck in outdated legal rules that require them to take into account physical location in which their vendors had done the work (correct answer: none of your damn business), but that only proves my point: we run a 21st century economy on mid-20th century infrastructure. Try doing today’s job with calculations or machines from the 1950s.

Is FinTech Solving the Problem?

After countless documents and chain emails, the problem boiled down to payment. During processing, they realized that the bank details I gave them were British – because Wise, a fintech unicorn, has a settlement account in the Bank of England settlement system, the first non-bank to do so. Naturally, this wasn’t going to fit the archaic rules, and one of the nice administrators asked me for international bank details instead.

So, I gave them the payment details to another UK fintech, Revolut, which recently acquired a banking license in Lithuania (having recently joined the European exchange rate mechanism [ERM] and adopted the euro). So it seemed that the payment had gone to a Lithuanian bank, enough to persuade the administrator that she had performed her official duties.

What’s interesting about this is that Revolut, as a regulated money services provider rather than a bank, holds deposits in ring-fenced accounts with deposit-taking institutions – in The case of Revolut, he holds sterling deposits with UK banks Barclays and Lloyds. This is similar to how Pay Pal operates, pooling client funds in their accounts with regulated banks or in liquid government bonds. A user forgoes FDIC protection and interest payments in exchange for the convenience of using the PayPal or Revolut interface.

What happened in my case was that the university transferred funds from one sterling account in the UK banking system to another sterling account in the UK banking system, with a registered entity overseas between the two, so that the law-abiding administrator can claim that they had not made a domestic transaction. Yes, traditional banking services interacting with outdated rules and regulations are exactly as crazy as they sound.

Few people understand international payment networks. This, I’m kidding, quickly undermines a favorite FUD accusation against Bitcoin (â€œIt’s too complicated to understand!â€). Well, they understand the old system even less, but trust it nonetheless. Three quarters of Britons think they have the funds in their bank accounts. Sixty-eight percent of Austrians respondents believe bank deposits and cash are backed by gold. Some four in seven Americans are considered “”financially illiterateâ€In simple tests which usually involve calculator basic interest or understand what inflation is doing to your purchasing power.

They imagine SWIFT, the messaging network that banks use internationally to validate funds in correspondents’ accounts, functioning much like postcards, or perhaps e-mails. I hit send or pay for a stamp on the postcard before I put it in the mailbox, and the courier (digital) or postman (analog) delivers the package to its recipient.

The bank didn’t work that way for centuries, if ever. Instead, banks erase passive towards each other. Internationally, they hold accounts with each other and ensure global transactions by crediting or debiting their accounts while confirming the action via SWIFT. Money as we think it is (the number you “see” in “your” account on the banking app) is usually not even money – it’s claims against the bank (Chase, Barclays, etc.). Banks, in turn, hold master accounts with the central bank of the country where, through the clearing of respective liabilities, settlement transactions between banks take place.

Since no one understands this, we shouldn’t be surprised that they don’t see how Bitcoin is different.

Bitcoin operates on an entirely different promise: that of assets instead of debt. Bitcoin is a monetary commodity without counterparty risk. It is a follow-up and verifiable bearer good it does not correspond to a liability elsewhere in the system. It is said that gold is “the only financial asset that is not someone else’s responsibility. “

Sent across the world, or across the show, bitcoin Is it that work like the email / mailman template that we keep in our heads. This is backed by something other than the word of a government (the network effect of uses and energy spent in its production). He is not someone else’s debt.

A Bitcoinized world wouldn’t necessarily solve my recent bureaucratic issues – at least not while we still have big governments, high taxes, and individuals and businesses dutifully reporting their activities. In this world, I would always receive the value of what I produced, minus what my government overlords deem their share, but instead at a Lightning Network channel or on-chain address. It doesn’t change anything. As a monetary technology, Bitcoin does not solve these institutional, economic and social problems. What we need is the ethos that comes with Bitcoin: to take responsibility, to be independent from cyber hornets, to fucking shit, extremely reluctant to let others plunder what belongs to you.

We need a radically new approach to the way we do things, where obsolete hierarchies and organizational functions are removed; independence, responsibility and self-sufficiency are there.

What we need, in other words, is for Bitcoin to usher in a society where we don’t rely on taxes and money printing as a method of saving for the future, to ensure our access to services or maintenance of various infrastructures. We need the ethos Bitcoiners much more than technology, money or the investment itself.

This is a guest article by Joakim Book. The opinions expressed are entirely their own and do not necessarily reflect those of BTC Inc or Bitcoin Magazine.